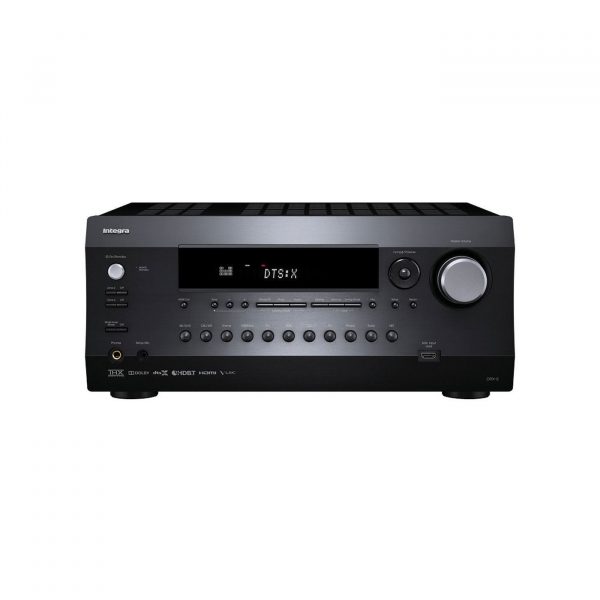 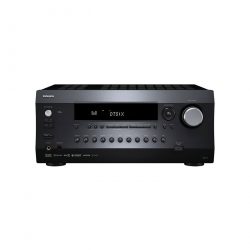 The DRX-5 is one of Integra’s new lineup of 7.2 channel A/V receivers, and is Select2 Plus THX certified. THX was born out of George Lucas’ Star Wars legacy in 1983, coinciding with the release of “Star Wars Episode VI: Return of the Jedi.”

After the Skywalker Sound audio facilities and Stag Theater were completed, Lucasfilm began receiving requests from visiting commercial theater owners and Hollywood studio executives to incorporate the Ranch’s performance standards into their cinema auditoriums and aging mixing rooms. Realizing that this could change the way moviegoers experienced feature films, Lucas and the soon-to-be THX team designed a certification program to go beyond the walls of Skywalker Ranch.

The DRX-5 features Powered Zone 2 (with A/B speaker selection) to bring audio to speakers connected to the receiver into a second room or third room. The DRX-5 also includes a Whole House Audio Mode – which allows you to turn on and synchronize all audio zones with a single button push of a single button – Now that’s convenience!

The DRX-5 has Google Cast for Audio and Apple AirPlay technologies built in. Stream virtually any audio from a smartphone, tablet or PC to your home theater for powerful sound. With Spotify, Pandora, and TuneIn built-in, you can select a station and search for music available on these services via the Integra Remote app on your smartphone or tablet. The free Integra Remote app puts a range of streaming options at your fingertips, from universal hi-res audio via network-attached devices to internet streaming services to music on your smartphone and tablet. Further, Tidal and Google Cast for Audio will be operable with an upcoming firmware update.

Integra products are designed and engineered to meet the demands of custom audio/video systems installers. The DRX-5 includes system integration connectivity and IP control with support for 2-way communication with 3rd party home automation systems. A pair of infrared (IR) inputs and an IR output make for a clean, reliable installation and allow pass-through of IR signals to control other devices connected to the DRX-5, such as a TV or Blu-ray player. Three fully programmable 12 volt triggers can be used to raise/lower a projection screen, power on/off an external amplifier, and open/close the drapes all with the touch of a button!

There are no reviews yet.