One of the churches from the Roman Catholic Diocese of London contacted us about doing a projector and screen for one of their churches. The issue presented to us was that the church had very high 35’ cathedral ceiling and the parishioners did not want to see a permanently mounted screen blocking the view of the sanctuary.

Our solution was to install a winch system which will raise the screen behind the arch when it is not in use and do a rear projection setup so that the projector blends into the sanctuary. All cables were concealed and run into the control room in the back. The projector we used can deliver an extremely bright picture no matter the lighting condition in the church. The system has been in use with the church and the client has been very happy with the ease of operation and the fact that with the screen out of the way when not in use, making it look like there is no projection system at all. 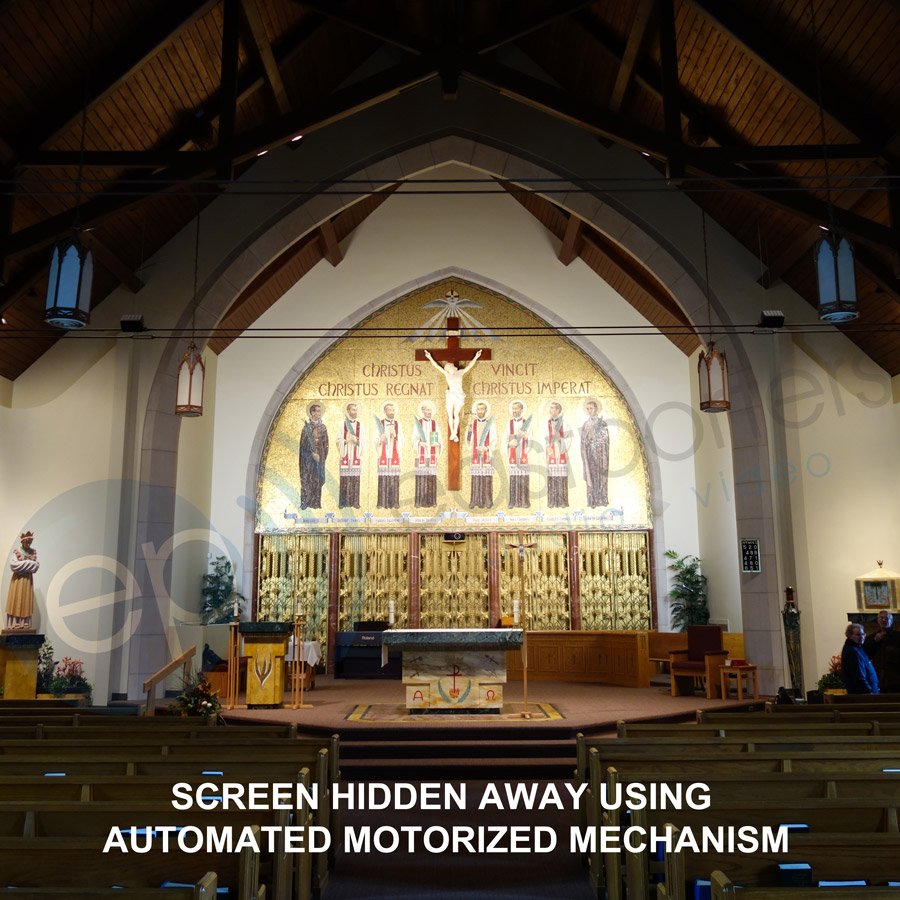 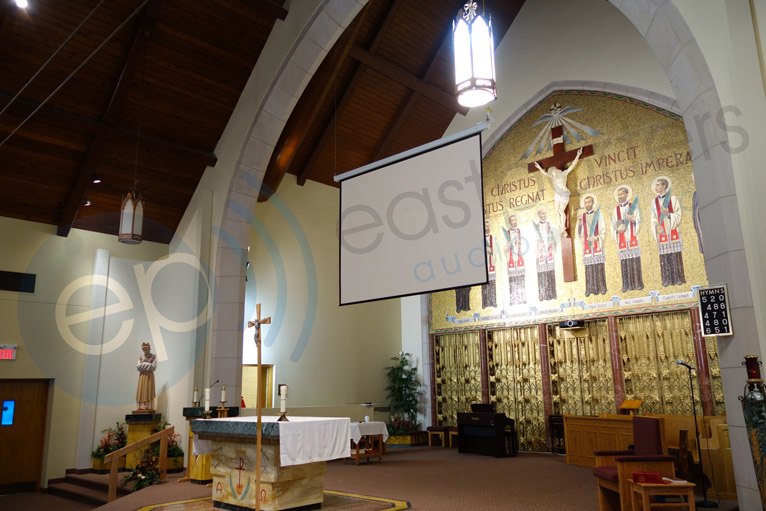 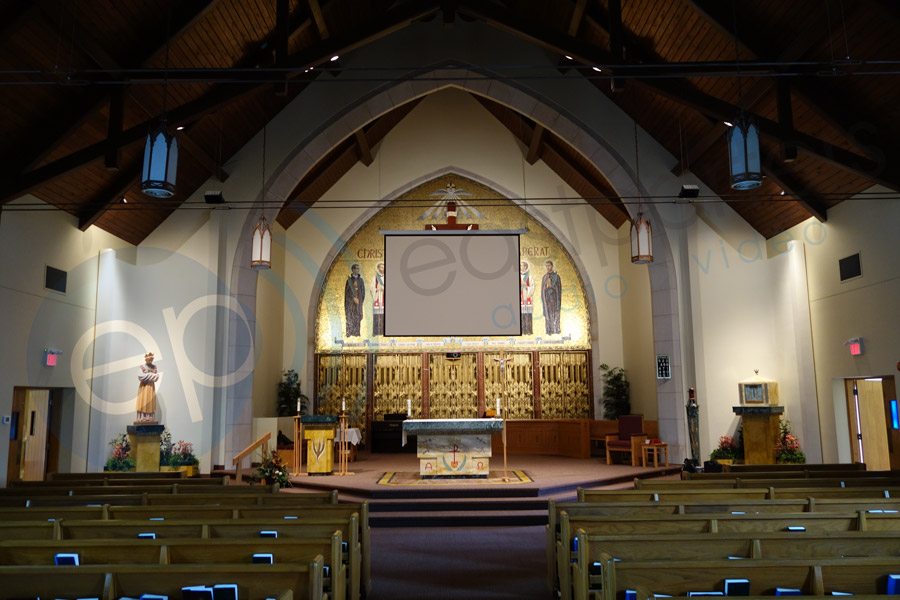 Posted in: Place of Worship Installs, Places of Worship